The Biggest Addiction of them All

On the last count there were more than 230 different addictions known to humanity , and counting. Just that fact in itself might sound impossible to us but it is very true.

Working with, and understanding addiction for close to 20 years, I went through the list of different addictions and came to an astonishing realization.

The biggest addiction on earth does not even feature on the list.
To illustrate what I am talking about I would like to tell you a very interesting story.

I was chairing a support group for parents who's children are on drugs.

There was 20 odd people, predominantly mothers, with understandably sad faces. Even a few with very angry faces. Interestingly only 1 or 2 fathers.

After opening the session we normally ask that someone would stand and share their story. This is where I normally sit back to listen what their kids have done while they were "high". The one horror story after another. From stealing to aggressive behavior, not coming home or coming home as high as kites.

That evening, in the front row sat a mother, well dressed, sobbing her eyes out. She was supported by two other mothers, also close to tears. a Pitiful site to say the least.

I stopped proceedings giving her a chance to tell her story. The tears stopped and she told the group her sad story.

What would happen if her son stopped smoking weed or never smoked weed in the first place? What would she then use to make herself feel better? See, she would like her son to stay an addict for as long as possible.

The biggest addiction on earth is self pity. 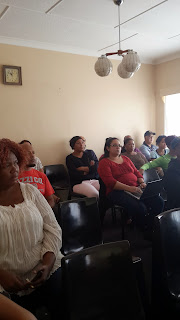 I would like for you to sit back a moment and think about it.


How many times have you played the self pity card?
Your spouse did this or that, you might tell your friends, and they feel so sorry for you.The government did this or the boss did that and the children does not listen to you or are using drugs. Shame, poor you.

It really made you feel so much better, does it not. Especially if your friends agree that you have such a tough life.

Self pity, the biggest addiction on earth and there is no cure, no rehabilitation center.


Hope that you to read this with an open mind, My aim is not to judge or blame, but rather to change societies perception of how they see addiction.