Shooting blanks in the Dark

Surely, after 100 years or more of fighting drugs somebody should have realized that something is wrong. Surely after spending billions of Rands, imprisoning thousands upon thousands of people, somebody should have realized that society is bumping their heads against a brick wall. Apparently not, the drug abuse statistics are climbing higher and higher. Nobody it seems, are prepared to think that maybe, there might be a different problem. This week there was another march against drugs.  Banners #DRUGSMUSTFALL  and SAY NO TO DRUGS,  long angry faces singing Christian hymns down the street. Front of this procession walks the pastors and next to them the politicians. Behind them walk the clever addiction counselors, then the mothers and a few fathers and behind them a few dancing youngsters, clearly not to interested.

Now what is wrong with that, you might ask?

As an addiction counselor (not only drugs) I am working with people from all walks of life, from kids to young adults, teachers, parents, lawyers and people in old age homes. My oldest client was 73 years old. This people were mentally, physically, and sexually abused by their own families, in some cases by teachers and even by their own children.
I do not see any marches against abuse, placards shouting #ABUSEMUSTFALL. The same mothers that are marching against drugs are the ones that throw their children out in the street, to sleep in gutters and under highway bridges. They are the mothers that had children when they themselves were still children. They are the mothers that gave their children to granny or aunt to look after. They are the mothers that did not want their children and now that the children are grown up they want to control them. Then there are the drunken fathers, abusing their wives in front of the children, abusing their children in the name of discipline, refusing to take responsibility and pastors allowing drug dealers storage in their churches because they are paid good money. That is just a short version of what is really happening in our society.

Trauma and PTSD is prevalent in 95% of all the clients. The use of drugs (narcotics) is to alleviate pain. This pain is the mental pain that is caused in early childhood. This pain comes from when you know or feel that you are not wanted. This pain comes from when you feel you are not good enough or that you cannot live up to the expectations of your parents. This pain comes from not been taught how to be independent and therefor your mother will look after you, will imprison you in her house, look after you as long as she lives. That gives her the chance to complain about you, for using drugs. Then she can cry to her friends about her addict son or daughter, getting their pity. That helps her in her addiction of self-pity.   That makes her feel good. 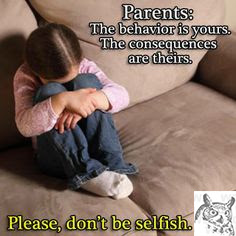 To scare youngsters about what drugs does to them, to imprison them for using narcotics that alleviate their pain is criminal. To kick them out of school (from government) or house (parents) into the street is criminal.  This is the people that should be jailed. The victims are imprisoned and walking the streets. The victims are the future drug dealers, the drug dealers that the culprits want to kill. The culprits are organizing marches against drugs, boosting their own egos and feeling sorry for themselves.

To tell me that you are a drug addiction counselor because you understand what drugs do to a human is as far fetched as a man in the moon. No wonder the success rate of rehabilitation centers are so low. If you do not understand abuse, trauma or PTSD or how to treat it you are shooting blanks in the dark. Everybody hears the shots, applauding you for fighting drugs; however the addiction statistics is climbing. Society is busy fighting the wrong enemy; for years they are missing the target.  Sorry my friend, you are not a hero, you are a fool. You were only trained to administer treatment for something you don’t even know exists. You, just as the rest of society have been brainwashed.

Drug abuse is the consequence of trauma and pain in childhood.  Drugs are used as a painkiller for deep rooted pain and abuse, that society wants to sweep under the carpet.

Am I the only one that sees this?

Thank you for reading this post. Please leave your comments.
Posted by Unknown at 5:40 AM