Why is it so hard to be kind ?

Why is it so easy for us to be inpatient, neglecting, rude or maybe even cruel to those that we love? Why is it so hard to be kind to them? We can sometimes tell in a marriage or close relationship how long people have been in the relationship by how they talk to each other. When people just get married or start in a relationship they do have some wonderful speech, but after a while it deteriorates and ends up into bickering and sniping at each other, been intolerant, inpatient and even rude. This is not only with our spouse but with our children, our bosses or even with our parents. This causes huge problems in our life.

This is a huge problem and today we will look at possible solutions.
I still have the habit of sometimes bad speech but I try to be mindful of this. What is the cause of this bickering, impatience, intolerance and arguing with one another? We all know how unpleasant it is to be living with someone and you keep on fighting with each other.
The first step in solving this problem is to realize where it comes from. It comes from delusional stupidity, not seeing it clearly. One of the things we don’t see clearly is our idea about ourselves, our ego, and our sense of conceit. The core idea is to lose your ego, yourself, so that it becomes not a matter of who is right and who is wrong, who’s the best or who’s the worst.

If you lose your ego it brings the amount of arguments down. Most arguments are about who is right and who is wrong. That doesn’t make sense to me. It is more important to be kind and loving to your loved ones. The more people can start to understand that, the fewer arguments will happen, the fewer wars will take place between nations, countries, races and religion.
Here is a question to you. Do you always want to be right or do you want to win in a situation?
A great example of this is the story of the chicken and duck.
A young couple took a stroll next to a dam. The sun was just setting, his arm around her shoulders, they were in love.
Suddenly, as they were walking, a duck quacked behind them. “O” said the lady, “Listen darling that is a chicken” He looked at her in bemusement. “No darling that is a duck.” “No darling, “she said,” that is definitely a chicken” “Darling” he said taking his arm of her shoulder. He was losing his cool. Just then the duck quacked again. “That is a duck. D.U.C.K. duck.” She was adament. “No I am sure it is a chicken.” The man, now visibly upset said. “Chickens goes cookel,doodle,do and ducks goes quack… quack.”  She started to cry, “but…but” she sniffled,” that is definitely a chicken.”
At this point the man did something we all should learn to do. He squeezed her hand and said. “Maybe you are right my darling, it could be a chicken.”
Who care if it is a chicken or a duck?
We sometimes could be thinking we are right. It could have been a genetically modified duck.
They carried on walking, his arm around her shoulder, and had a lovely evening together.

This comes from how we are brought up. If you are doing something stupid you get punished for been wrong. That is why we always want to be right. So that nobody can punish us. There is nothing wrong to make mistakes, we are not perfect. Even the people that want to punish you are making mistakes.
The fool that admits he did a stupid thing is not stupid, he is wise. Why? Because he admits he made a mistake and doesn’t want to argue his innocents. He wants to win a situation. The argument stops. How many terrible situations can be avoided if you can admit that you have made a mistake? Sorry I was wrong. I admit that I am human and I can also make mistakes, and then move on. 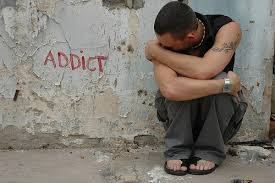 When you admit you made a mistake and your partner carry on about how stupid or how terrible you are…please value honesty. Because sometimes we do not want to admit we made a mistake, we think that our honesty will not be valued. If your partner came up to you and admit their fault, how would you treat him/her? Would you criticize them, would you put them down or ridicule them? Then you do not value honesty. So if you accept the fact that they were honest about their mistake, if you can acknowledge with them the mistake, you can move forward together, so that they don’t make the same mistake again. We don’t admit to our mistakes, usually out of fear of what the other person might say or do. How can you be in such a relationship? Then it will also happen that you will keep on hiding your mistakes. You will start to lie. So been right or be wrong, be perfect or imperfect, is not the point.
How many of us can say they are in a relationship like that, where you can admit you made a stupid mistake and that your partner accepts that you made a mistake and forgive you? You must admit, very few of us. Where you are allowed to make mistakes because you are human and still be respected for admitting you made a mistake. We must respect honesty.  It all comes from fear. We are afraid to admit that we were wrong. We are afraid what other people might think of us or even what they might do to us. That is why we always need to be right even if we are wrong.
It’s a wonderful feeling to admit your mistakes and then, people around you to accept it. That ability not to have such a strong ego, a strong sense of self, that you don’t have to admit your mistakes, you don’t have to be right, is an important part of a relationship, where we can rather be kind to one another. Then we don’t have to be trying to defend ourselves all the time.

The other problem is that we are taught from young to compete. You must be better than somebody else. We are not taught cooperation. If we understand cooperation, working with other people, together, we don’t have to prove that we are better than somebody else. Sometimes competition is important but cooperation in your relationships is much more important. When we get into a relationship we keep on competing and that brings all our misery and heartache. We have to be right all the time. We must be better than our partner.  Who is right or who is wrong?

That brings us to conceit (Excessive pride in oneself… arrogance) I have learned there are 3 types of conceit. I am better than you; I am worse than you; I am the same as you. That is measuring you against another person. How can you do that, or why do you want to do that. That is the stupid delusion I was talking about earlier. We are all different, we are all unique. You must be respected for who you are. You must respect another person for who they are. We don’t have to compare people or religion or race to one another, because comparing is conceit. If you do not compare, you do not conceit. Then you can work or associate with different people. You can talk to people of  different religions or cultures. We are not better, worse or the same than anybody else, we are different.

We must treat people with respect. So instead of thinking why did I marry this man/women, I was such a stupid person to have married this fool. I must have been drunk, instead of that, to treat your partner with respect.  If you respect somebody you have a sense of harmony with that person. They know they are respected by you and they will eventually give you the same respect. Instead of acting more superior, more clever or critical they will start treating you in the same manner.


So as you lessen your sense of ego, if you don’t compete with the other person or be critical towards them, if you start cooperating with them, learning the skills of cooperation and stop judging other people it will be so much easier to speak kind words to them.